L Theanine is a unique and powerful amino acid. It’s both found in nature and made synthetically – qualities vary substantially. It has a remarkably wide range of uses, and a large and growing body of scientific evidence is available to back up the claims. It has been steadily growing in popularity as a safe and effective supplement in North America and across the globe in recent years – particularly since 2011. L Theanine is used for reducing anxiety, improving mood, helping with ADHD, for improving focus and concentration, as an effective sleep aid, as a detox agent, and even for reducing cravings for nicotine and possibly several other drugs. (More uses below)

L Theanine was first discovered as a component in green tea in 1949. It was then extracted for the first time a year later from gyokuro leaves. (Gyokuro is a particular type of Japanese green tea). L Theanine is present in green, black, and white tea, as well as in certain varieties of fungi.

L Theanine was approved in Japan in 1964 for essentially unlimited use as an ingredient in all foods and beverages with the exception of infant foods. L Theanine has been granted GRAS (generally regarded as safe) status in the USA. L Theanine supplements have been approved for sale in the majority of countries which allow supplements in general. So there have already been several decades of international reporting on the use of L Theanine in terms of both safety and efficacy.

There are about 20 mg of L Theanine in a standard cup of green tea. Most supplements of L Theanine, however, contain anywhere from 50 – 250 mg.

The L Theanine found in supplements is the same molecule you find naturally in green tea, but the L Theanine is actually processed in a lab. So it’s important you pay attention to where and how the L Theanine is manufactured in order to assure safety and efficacy. Qualities range substantially, and we’ll dive into this topic below.

How does L Theanine work?

L Theanine absorbs quickly via the small intestine and is fast acting. It takes less than 50 minutes for blood levels of L Theanine to reach their peak after ingestion. It is able to cross the blood brain barrier and affect the inside of the brain directly.

L Theanine works in a variety of ways:

L Theanine appears to both increase the amount of GABA in the brain as well as increase the effectiveness of GABA. GABA is the body’s main inhibitory neurotransmitter – higher levels of GABA are associated with calmer mental states and lower levels of anxiety.

L Theanine increases glutathione levels. Glutathione is probably the body’s most important anti-oxidant molecule. High levels of glutathione help with liver health and detox. Many people report L Theanine to work wonders for preventing or curing hangovers from too much alcohol. Some people take it before a night on the town, while others take it after the hangover kicks in.

L Theanine is known for its ability to lower blood pressure due to psychological stress. This could be another key as to why it’s so good for improving mood, confidence, and mental focus. Even when psychologically stressful stimuli are present, L Theanine allows us to maintain our peaceful and focused state of mind rather than getting all worked up with high blood pressure and the like.

L Theanine is well known for decreasing the negative and jittery effects of caffeine. The L Theanine in tea is believed to be the main reason that tea makes us feel calmer and less jittery than coffee, even if we drink a lot of tea (and hence a lot of caffeine).  Caffeine and L Theanine are often taken together and they have been scientifically shown to work synergistically.

A lot of people also enjoy taking l-theanine together with ashwagandha.

L Theanine is also believed to regulate dopamine and serotonin levels. Serotonin is well-known as the “feel good” neurotransmitter.

Dopamine is the pleasurable neurotransmitter associated with the “reward circuit”. Quickly rising and falling dopamine levels are the reason it’s hard to eat just one potato chip or one piece of chocolate. When we eat one, our dopamine spikes, and after a few minutes, or less, the dopamine levels drop and we crave more chips or chocolate to get the “dopamine high” again. There is more and more scientific literature coming out on L Theanine’s ability to reduce cravings in nicotine and other drug addicts. This may be because L Theanine can help stabilize dopamine levels so the addict doesn’t experience such large swings and cravings.

What is L Theanine used for?

L Theanine has an excellent safety track record. There have been no known overdoses of L Theanine. The lethal dose (LD) – the amount you’d need to eat in order to die from – is very high; about 5 grams per kilo of body weight. This is well over 1000 times the recommended dose. It has been granted GRAS (generally regarded as safe) status in the USA by the FDA. It’s also considered very safe by the majority of countries internationally. It’s always a good idea to check with your health care practitioner for specifics regarding your own personal situation.

L Theanine is also known by its chemical name, N5-Ethyl-L-Glutamine. The term “L Theanine” is generally used instead just because it’s much simpler.

L Theanine is absorbed in the small intestine and its absorption is relatively quick. On an empty stomach, it may take less than 20 minutes for the effects of L Theanine to be felt, and the maximum effects are present around 35-45 minutes after ingestion. The half life of L Theanine in humans ranged between 58 and 74 minutes. It is able to cross the brain blood barrier directly without breaking down, so it can directly cause physiological effects inside the brain. It is metabolized in the kidneys glutamic acid and ethylamine.

L vs D Theanine – a matter of purity and quality

You’ll often see “Theanine” used interchangeably with “L Theanine”. The theanine molecule actually comes in 2 forms. The “L” form, and the “D” form. You may remember from high school chemistry class that these are both isomers of the same molecule. They are very similar structurally – they are mirror images of each other – but certainly not the same thing.

“L” Theanine is the form of the molecule we’re interested in. It is the form which is found in nature, and it’s the one which has been studied the most. “D” Theanine is not natural. But D Theanine can, and often does, occur in high percentages when a poor batch of L Theanine is produced. This is a process called “racemization”, where the mistreated Theanine has either been heated for extended periods of time undergone other poor processes. One aspect of high quality L Theanine is ensuring that the % of the L isomer is very high, and that the % of D Theanine is miniscule. Don’t be fooled by labels as many brands may claim they are selling “L” Theanine, even though a lab analysis will show that high levels of the “D” isomer are present.

To be fair, “D” Theanine hasn’t really been studied in great detail. It’s not necessarily as harmful as some critics may claim. It is believed however that D and L Theanine compete for the same absorption sites, so the more D Theanine a product has, the less your body is able to absorb and utilize the L Theanine. So make certain you know the % of L Theanine you are getting, and make sure the brand you buy from actually performs lab testing.

Where to buy high quality l-theanine?

We spent years looking to source an extremely pure l-theanine.  It is 3rd party lab tested and proven to be over 99% pure.  Our customers absolutely love this product.  We also use veggie caps and no magnesium stearate or unhealthy fillers.

Here is a video we made about how to choose the best quality l-theanine. 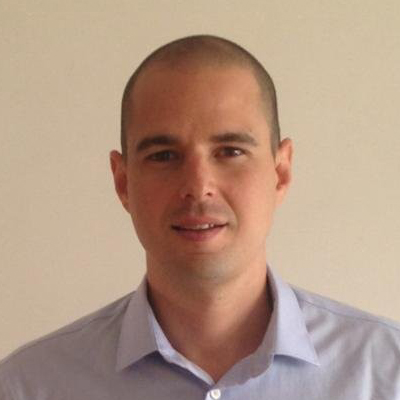 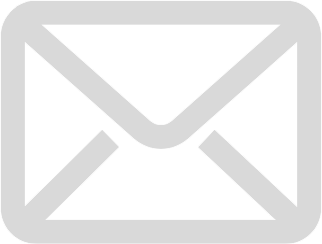 88HERBS VIP15% OFF YOUR FIRST ORDER

Save and join the VIP Club.  Exclusive product offers and more.

88HERBS VIP15% OFF YOUR FIRST ORDER

Save and join the VIP Club.  Exclusive product offers and more.